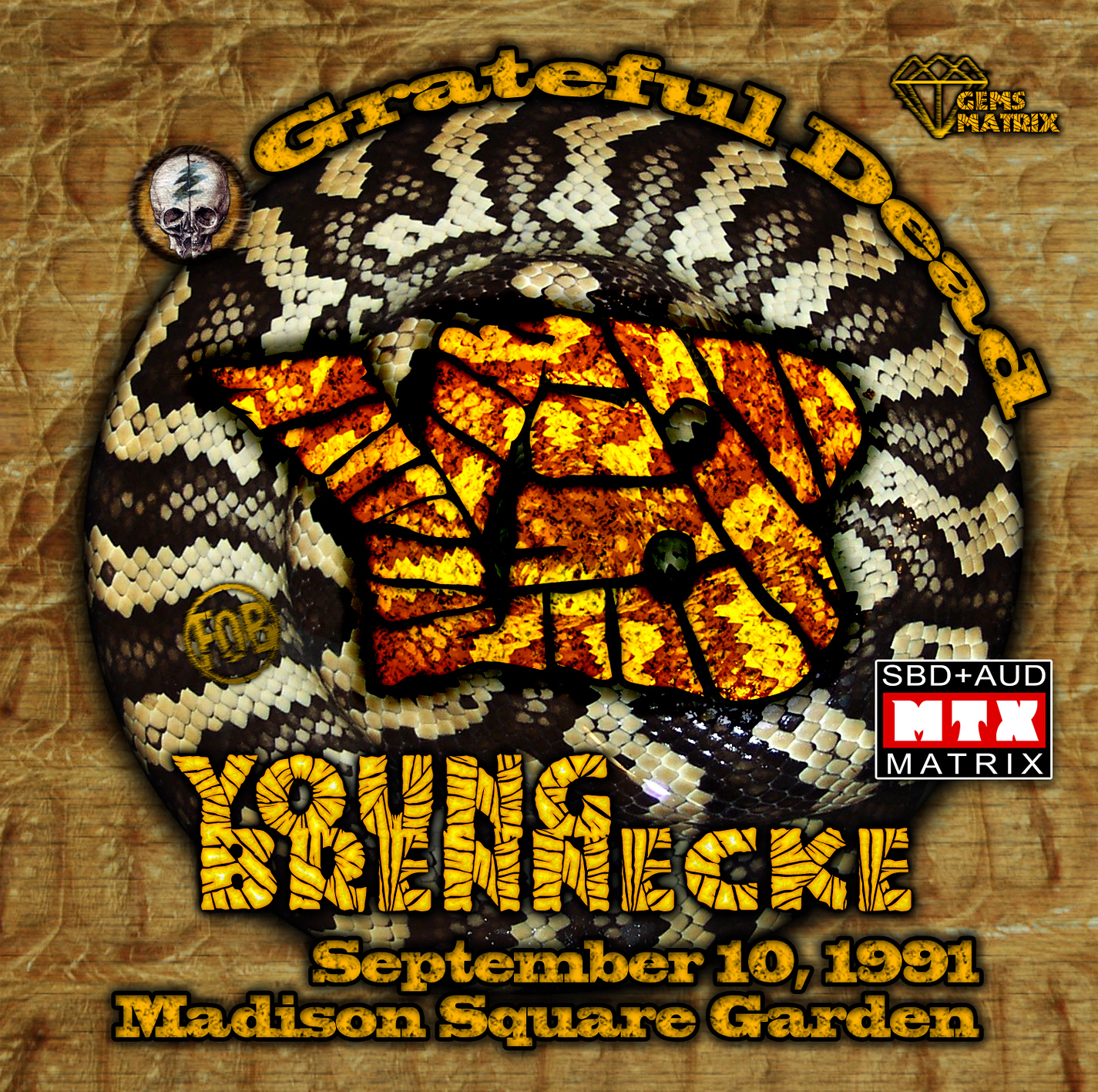 Transferred by
Matrix by Dan Haugh

Set 1 - Standard, but very well played. Of course, Branford throughout makes each tune a little more interesting than normal. Cassidy > Deal is typically awesome as a set-closer.

Set 2 - Ah, here are the goods....that H>S>F is simply phenomenal. Can we just go ahead and call Dark Star 38 minutes long? :) Love the ethereal space-is-not-quite-finished 2nd of that big jam...

...and hey, Vince will always be sort of on the negative side of the scale for most people (thought I kind of have a soft spot for the guy, myself...), but Bruce is The Man. He didn't quite fit in with the Dead ultimately - maybe too much his own guy, or something....but some of these 90-92 shows are priceless. Simply dismissing him (and Vince, for that matter) as "lame" is awfully convenient, be the critic musically literate or not.
Reviewer: Deadhead225 - - June 29, 2014
Subject: Hornsby and Vince are lame
I revisited this show after looking at Deadbase VII taper rankings of shows, and was very optimistic. I have had a tape of this show since week or so after it was played. I saw a lot of shows during this time period, and it all came back to me listening to this show.

The front 3 and Branford together with the drums are sublime and visit some truly amazing places especially in the first segment of Dark Star, but up to that point of the show, all similar places have this spotlight of lameness from the keys shown on them that is really a shame and are embarrassing to any Deadhead who would wish to share the musical experience to someone not familiar. Fortunately they are taken down in the mix considerably during DS.

Those two clowns could throw a wet blanket on nearly any spark of inspiration. Hornsby is out of tune and all during Estimated it is painfully obvious. Even Vince's sax sound sounds better next to that. Which is another thing that is incomprehensible. That Vince would play that effect while on stage with Branford is just weird. Poor Hornsby was always caught somewhere between a soap opera soundtrack and a Parisian cheese fest with his accordion, which is mercifully absent here.

Both of them were vacuous players, watching Hornsby's clueless blank looks during jams was confirmation, and it was a blessing when it ended up being just Vince, who never got it all the way.